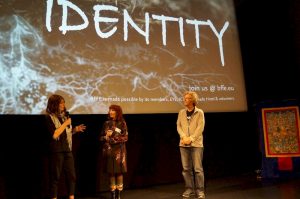 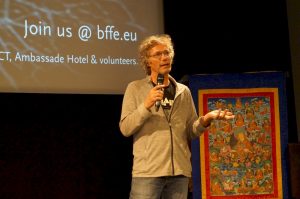 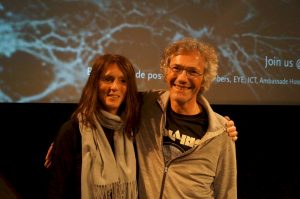 With closing ceremony and shown together with the short film Rent and Grains.

Followed by a Q & A with director Jaap Verhoeven.

Khyentse Norbu, also known as Dzongsar Khyentse Rinpoche (1961) was recognized at the age of seven as a prominent incarnation in the Tibetan tradition. He is the spiritual leader of monasteries in Tibet, Bhutan and India. He also leads “84000”, the largest ever translation project of Buddhist texts.

In the West, he is best known as a film director, a.o. “The Cup”, his first feature that was awarded a Palme d’Or in Cannes. We now see him on the set in Nepal during the filming for his latest film “Looking for a Lady with Fangs and a Mustache”, where he effortlessly switches between working with the hip film crew and performing ancient Buddhist rituals.

Khyentse Norbu is aware of the challenges facing Buddhism today. What remains relevant of traditional forms of teaching and meditation? How does he see his role as a teacher in this age of interaction between cultures and demystification of gurus?

Khyentse Norbu shows in an almost magical way how prayers to the goddess Tara and the creation of films do not have to differ essentially from each other. Both have the potential to show us who we are. 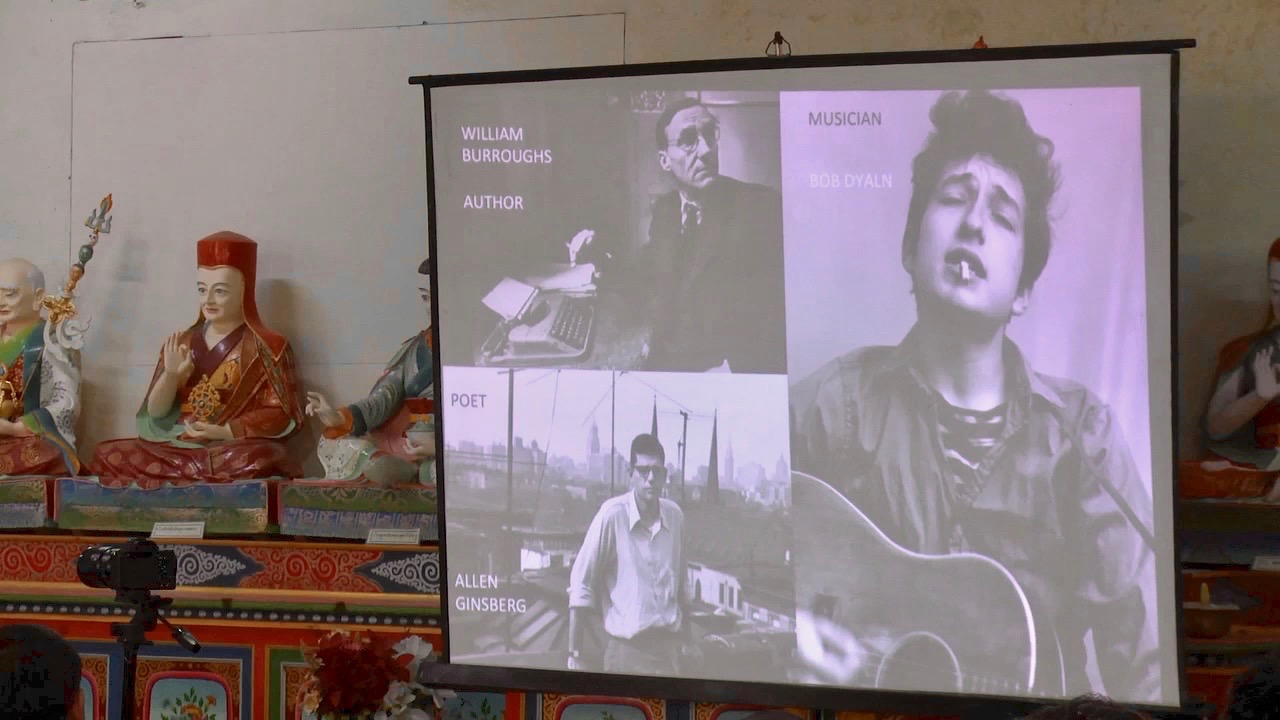 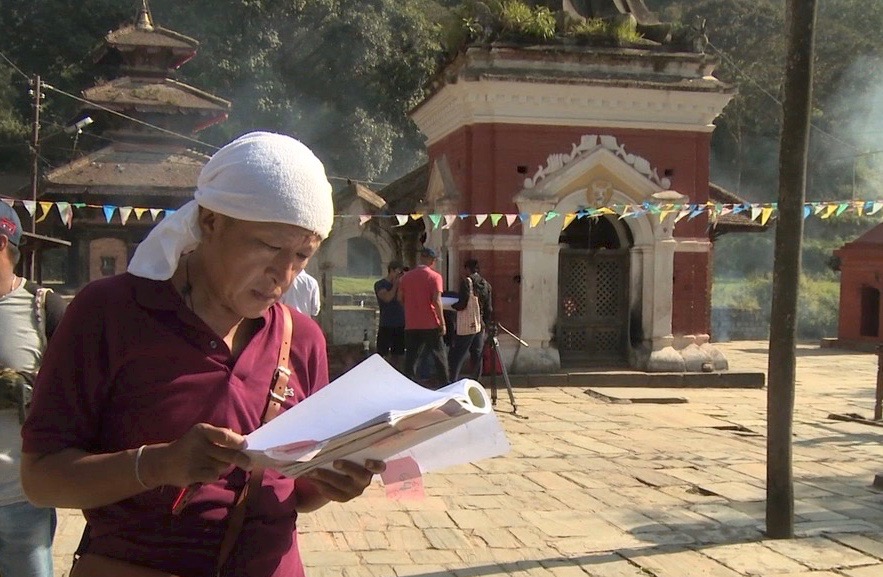 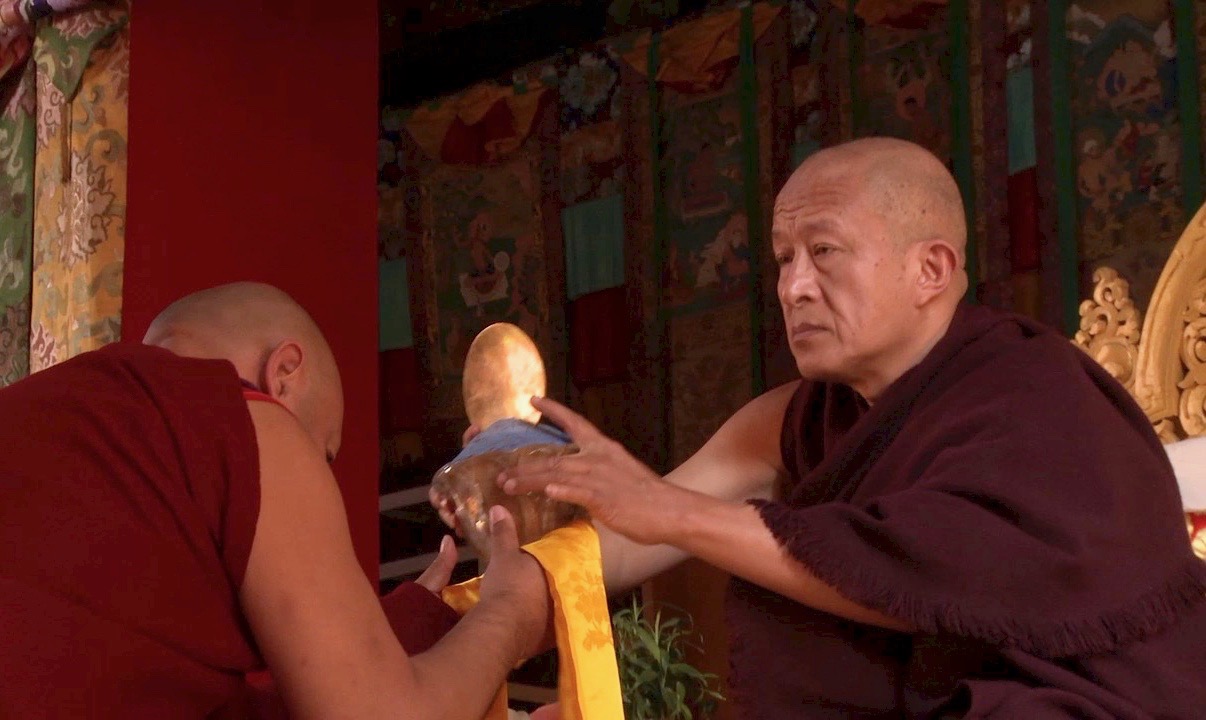 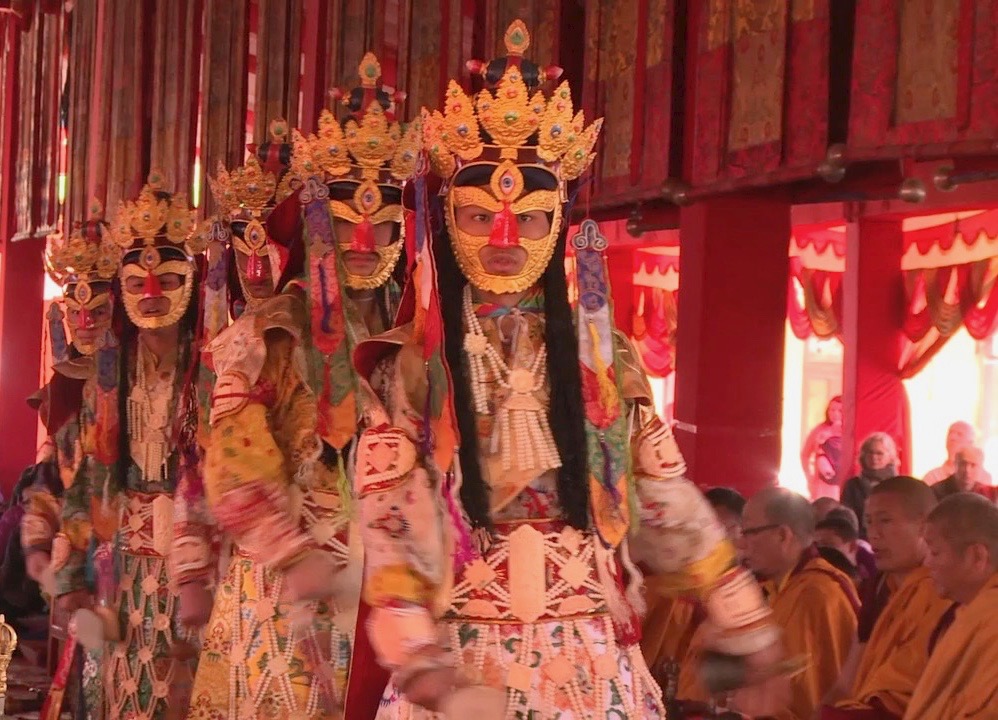