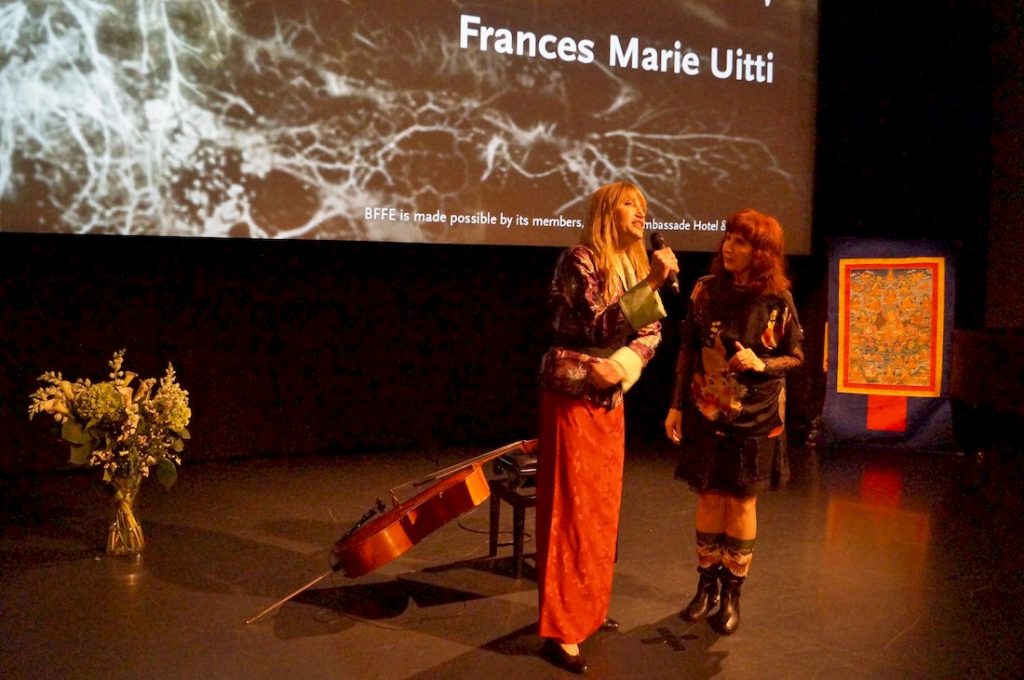 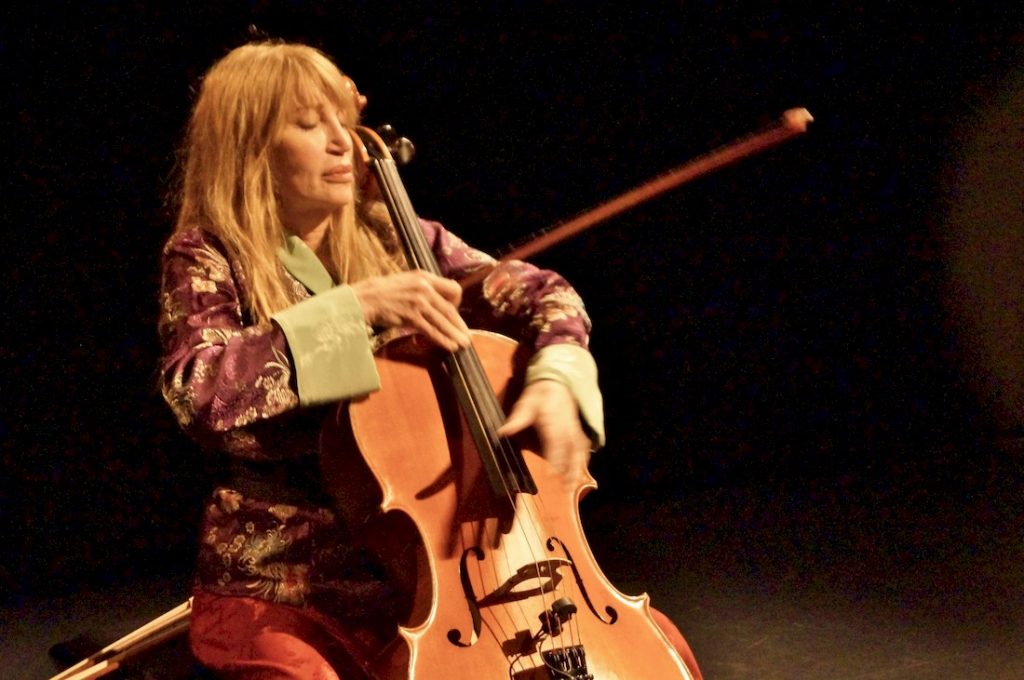 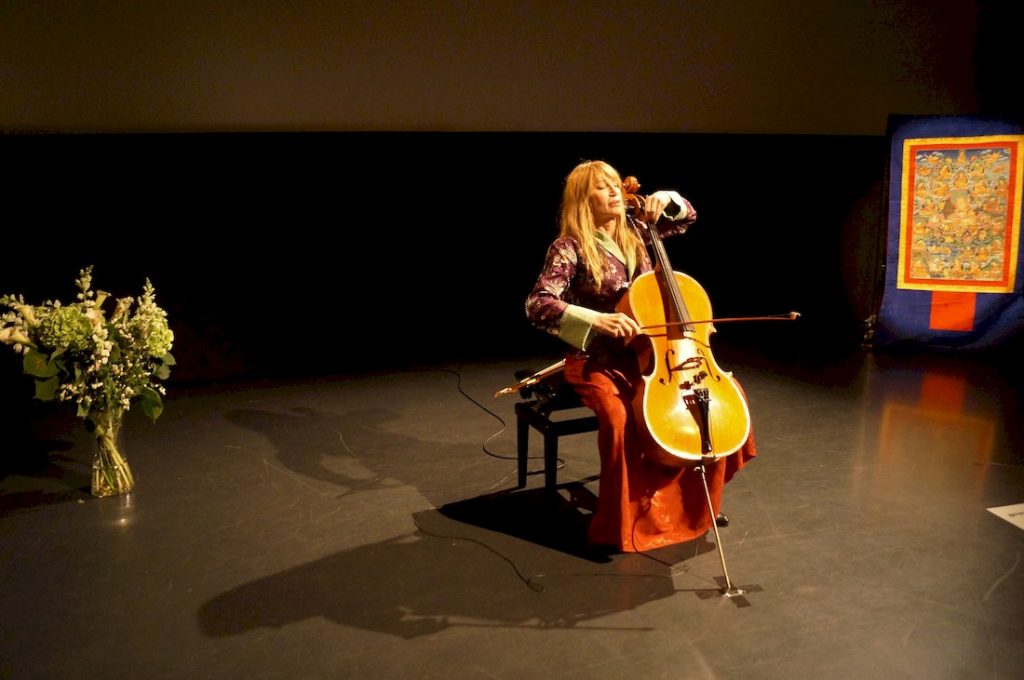 Frances-Marie Uitti will play live on her cello before the Bhutanese movie The Red Phallus for which she composed some of the music.

‘The spectacularly gifted cellist Frances-Marie Uitti has made a career out of demolishing musical boundaries. She has developed new techniques (most famously, playing with two bows simultaneously), collaborated with a who’s who of contemporary composers, and pushed the cello into realms of unexpected beauty and expression.’ -Washington Post

In a remote valley of Bhutan, one of the most serene countries in the world, the teenager SANGAY lives with her father, a traditional craftsman of wooden phalluses. She isn’t happy with her life, opposing her dad and everybody at school. She feels trapped in the middle of the remoteness of the valley and surrounded by people who live by their belief and symbols, hiding behind masks. One day unexpected changes occur when her father discovers that she is dating a married man from the village: the butcher. What she once saw as a possible escape turns into a reversed gender drama…