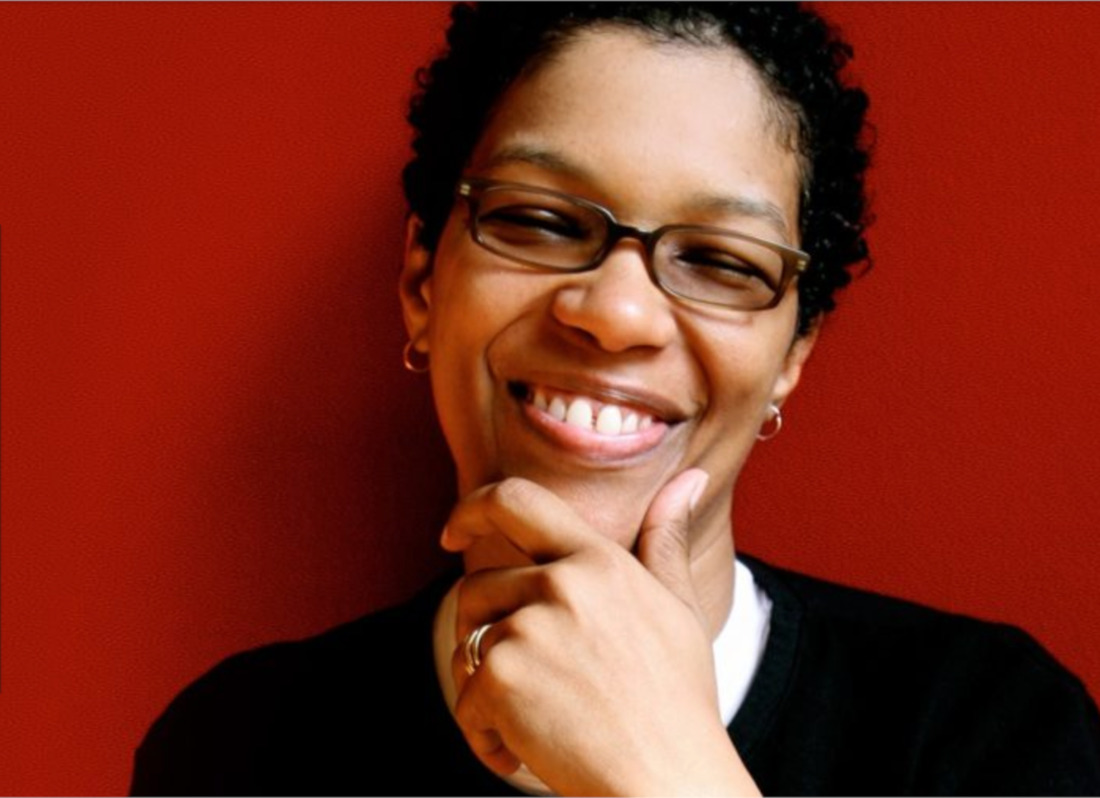 “Your Liberation Is Bound Up With Mine.”

Keynote speaker Rev. angel Kyodo williams led the audience in a meditative practice before the screening of the film “Resilience: Vision for a New America”.  What followed was a collaborative conversation between Rev. angel and three luminaries in the field of social justice, Mercedes Zandwijken, Nina Polak and Yvonne Zonderop.

With Mercedes Zandwijken, Rev. angel chewed the bitter wood which is used in the Keti Koti Tables, the social justice events she organizes, to represent the bitter past between black and white that we now share together.

With Nina Polak, contributor to DE CORRESPONDENT, the news media was the subject, and they discussed new forms of reaching audiences, and keeping journalism ethical and authoritative in a time in which the binds on our liberation seem tighter than ever.

With Yvonne Zonderop, Rev. angel probed the causes for the last few generations’ turn away from Christianity and discussed whether now was the time for a return to spirituality.

Right before the Special Event many Tibetan children living in Holland sang and performed on the stairs of the main arena at Eye to share their spiritual heritage with our audiences. Festival goers and regular visitors formed a great crowd around them, receiving the sweetness of their music.  Children’s voices melt the barriers between people, and the enrapturing atmosphere this performance created brought us together as we were shepherded into the theater. 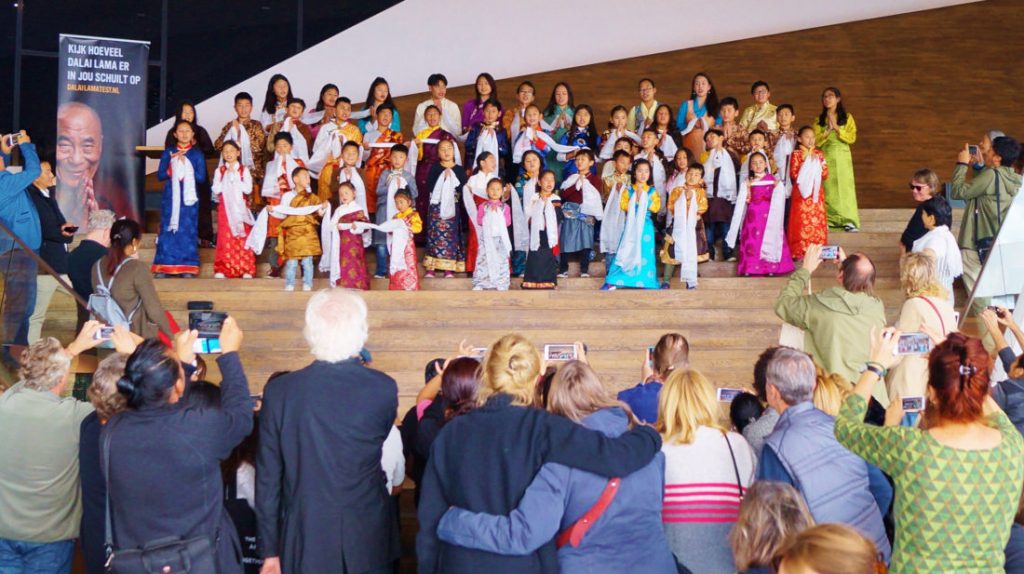 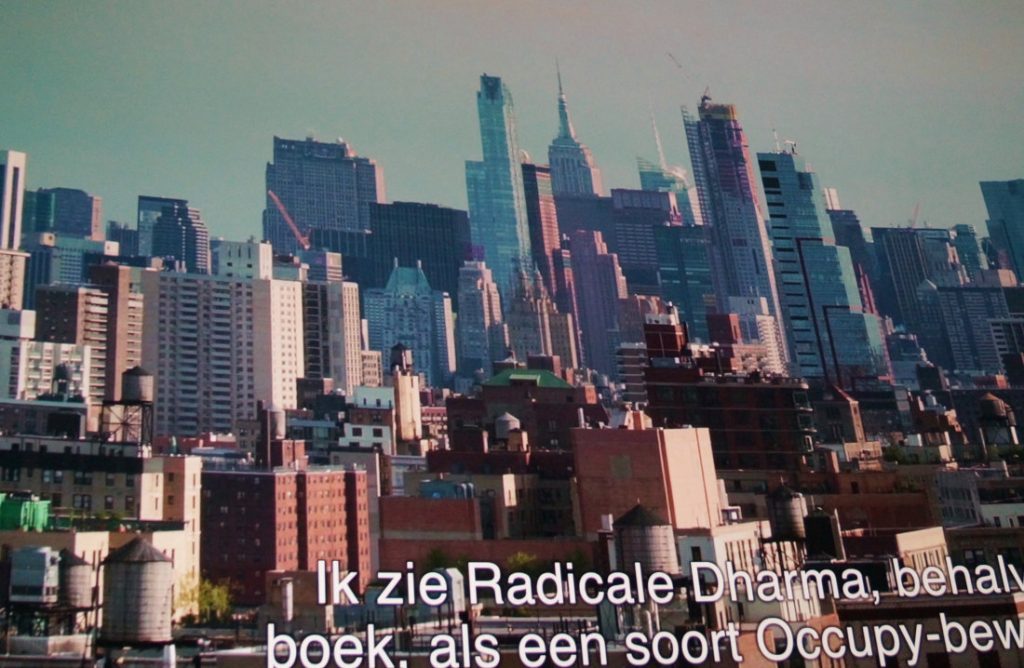 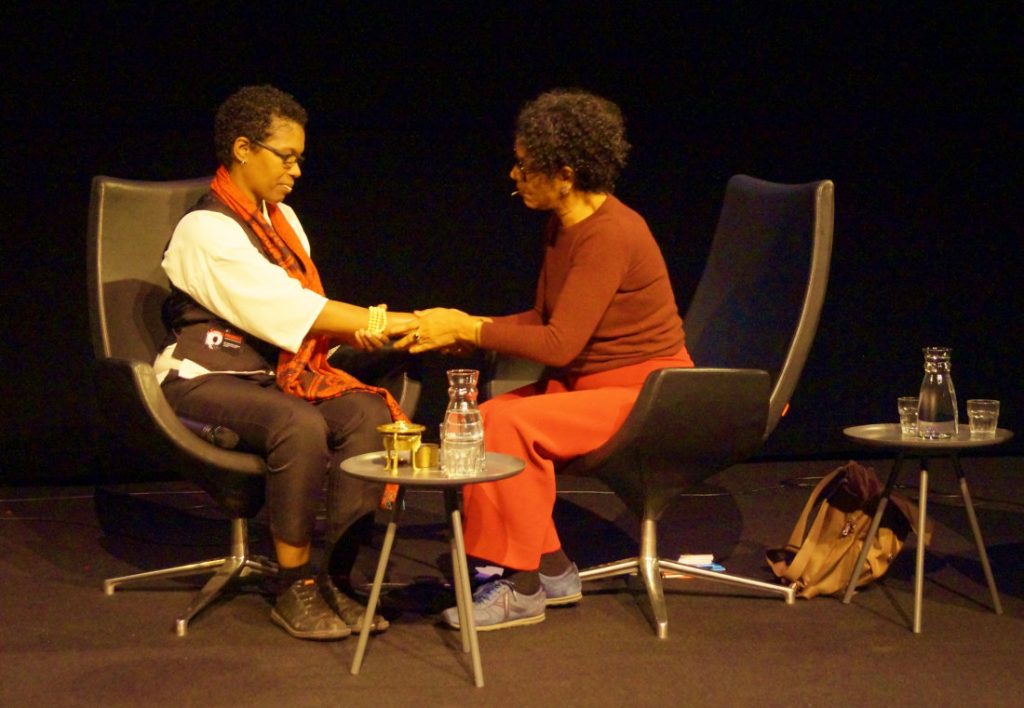 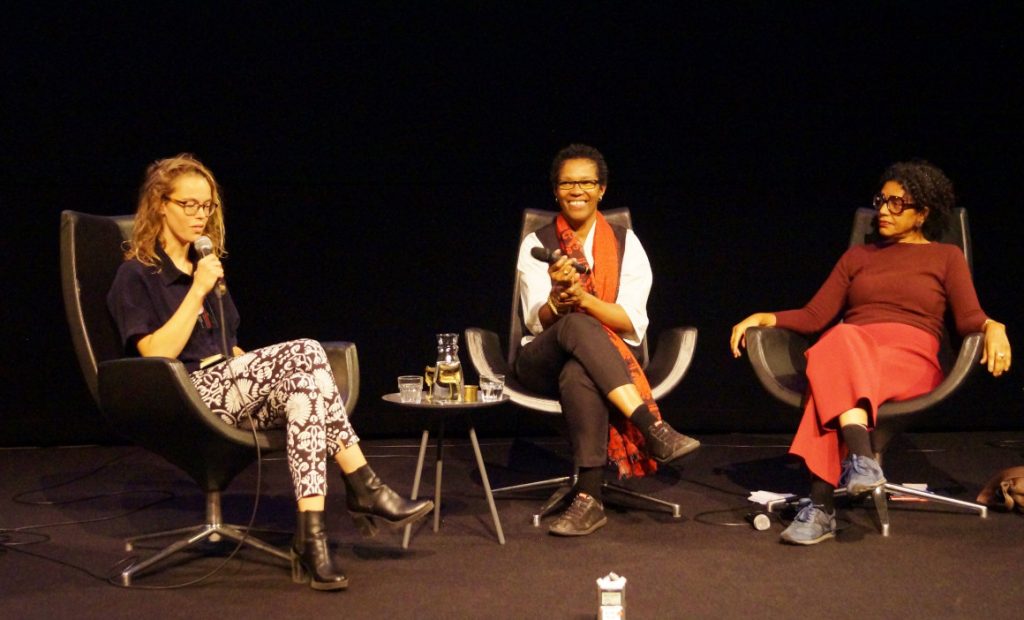 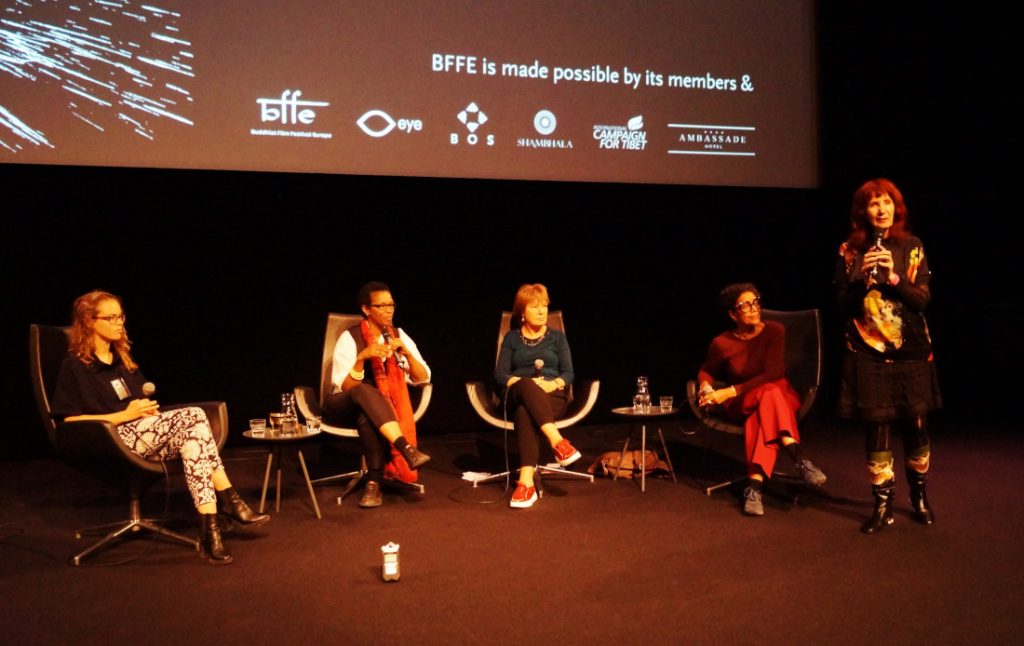 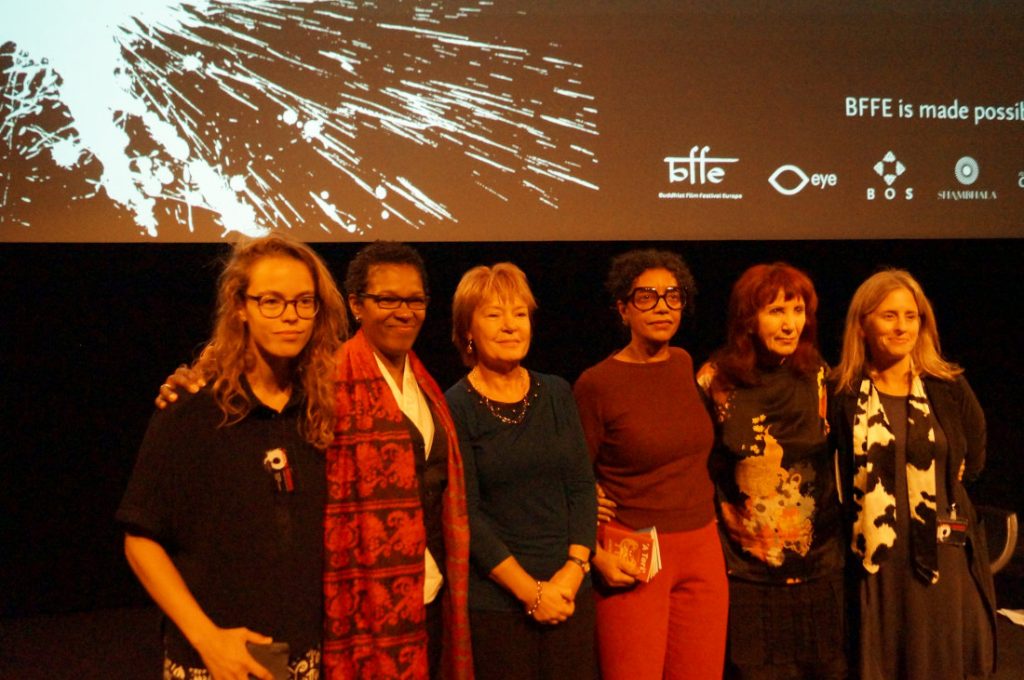 A social visionary and outspoken activist, and a maverick spiritual teacher, Rev. angel Kyodo williams is the second black woman ever recognized as a teacher in the Japanese Zen lineage. An esteemed Zen priest, she is unafraid to voice uncomfortable truths: “It’s insufficient to hide in spiritual centers and make money off of mindfulness while the world is burning down”. During this special event angel will speak about transformative change and about the potential and need to reinvigorate progressive ideals and social movements with a spiritual and ethical ground. She is a leading voice for Transformative Change, practicing at the intersection of personal change and social transformation for twenty years. Her unique combination of “fearlessness and grace” is both deeply political and deeply compassionate. She is committed to a radical practice of conversation as an essential practice of being in the world.

The event starts off with the film Resilience: Vision for a new America (70 min) that stars angel as a leading protagonist. The film aims to invigorate a world in which there is space for the humanity of all. The last years have seen both in the US and the Netherlands a resurgence of a strong anti-racist and pro-feminist activism. And both here and in the US, coalition is thwarted by often bitterly polarized discussions around identity. In this context, the vision and practice angel articulates offers a way to move forward.

Following a short guided meditation and her keynote address, angel will ‘practice conversation’ about love, liberation and finding common ground in the US and the Netherlands, with Mercedes Zandwijken, Yvonne Zonderop and Nina Polak. Mercedes Zandwijken is the director of Keti Koti Dialogues Tables. She is a specialist in organising think tanks and innovative projects and in initiating and directing dialogue on polarizing topics. As a community therapist, Zandwijken works on citizen participation, network development and social cohesion. Her general objective is to raise the awareness of the inner and social conflicts and blind spots that arise from the complex historical and social backgrounds of Dutch slavery and colonial past and to obtain new insights that lead to a society free from discrimination and racism. Yvonne Zonderop is author and journalist a.o. for Dutch weekly the Groene Amsterdammer. She is an active board member at several institutions such as Unesco and Public Broadcasting, and advisor to leading journalism and governing institutes. In April 2018 her book Unbelievable: About the surprising comeback of religion was published. Yvonne engages in a dialogue about the social importance and the role of religion in our contemporary secular society. Is it time to throw the fear of religion overboard? Nina Polak
Writer, and contributing editor to De Correspondent.
With their specific and outspoken views on the role of news in modern society, De Correspondent publishes columns, articles and books that attract a large and dedicated following.

Watch the trailer of Resilience: