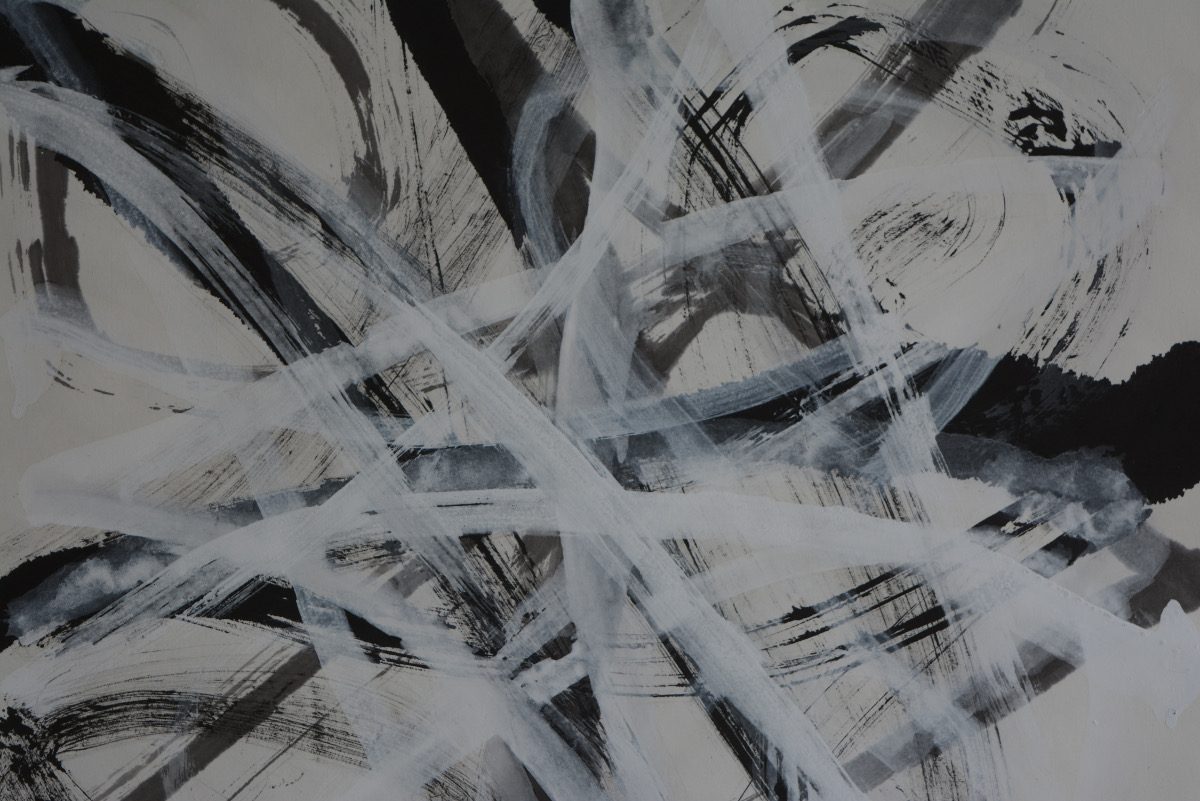 Bryan Mulvihill is an artist living mainly in Canada, China and India. He has made a life long study of ink brush painting under many Asian masters, in which the goal is to capture the Chi or life force expressed through the movement of the `way of the brush’.
These works are ‘permutations’ of Chan/Zen Buddhist koans or enlightened phrases, written in the four cardinal directions, to create a mandala affect that can be read from all directions. They are inspired by the `Cut-Up’ methods of Brion Gysin and William Burroughs, long time friends of Bryan. These works pay homage to a life long association with Buddhist iconography to constantly re-construct the image allowing the viewer into a magical force of engagement with the process of creative energy, the creativity of sustained open awareness. 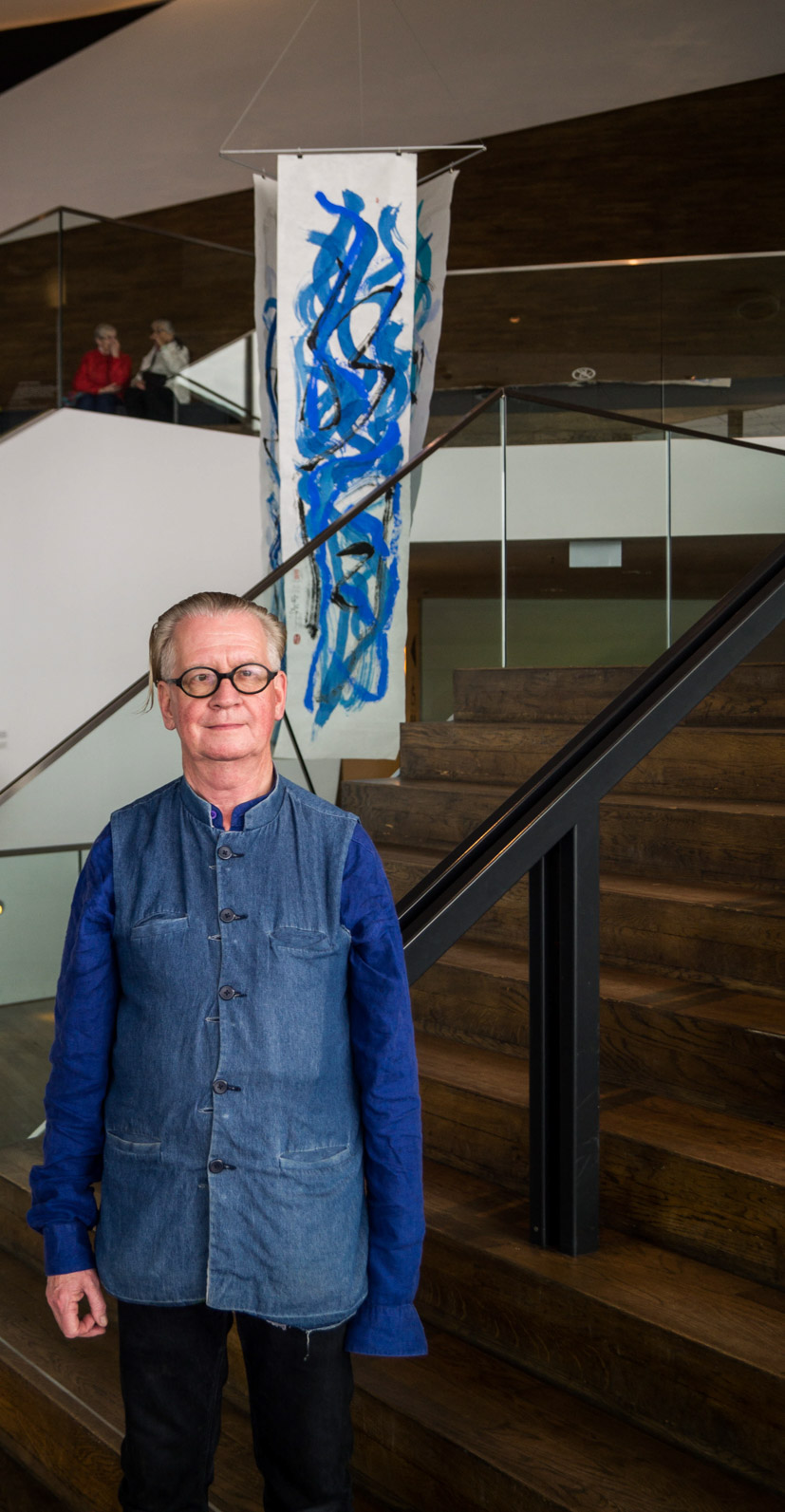 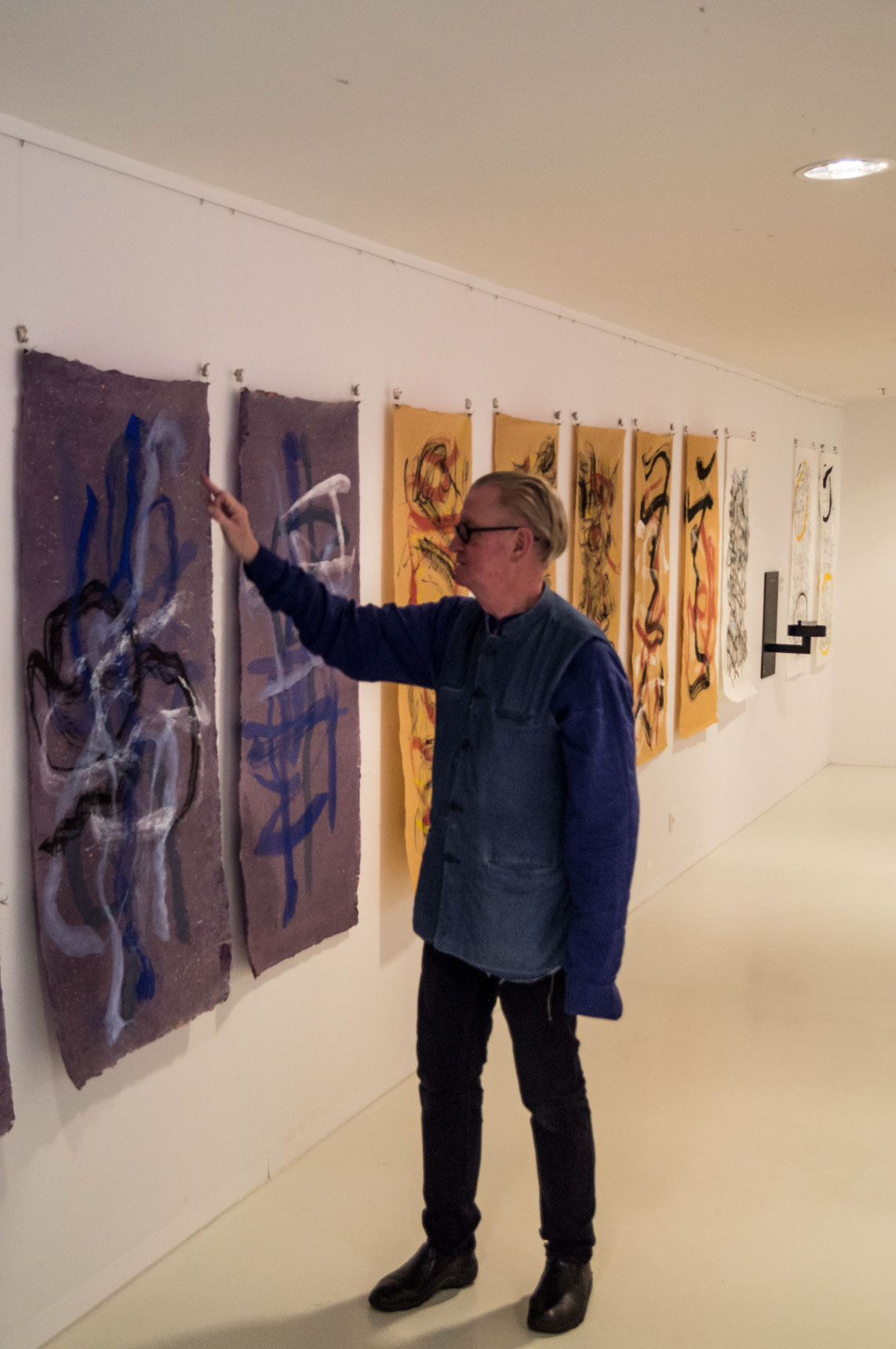 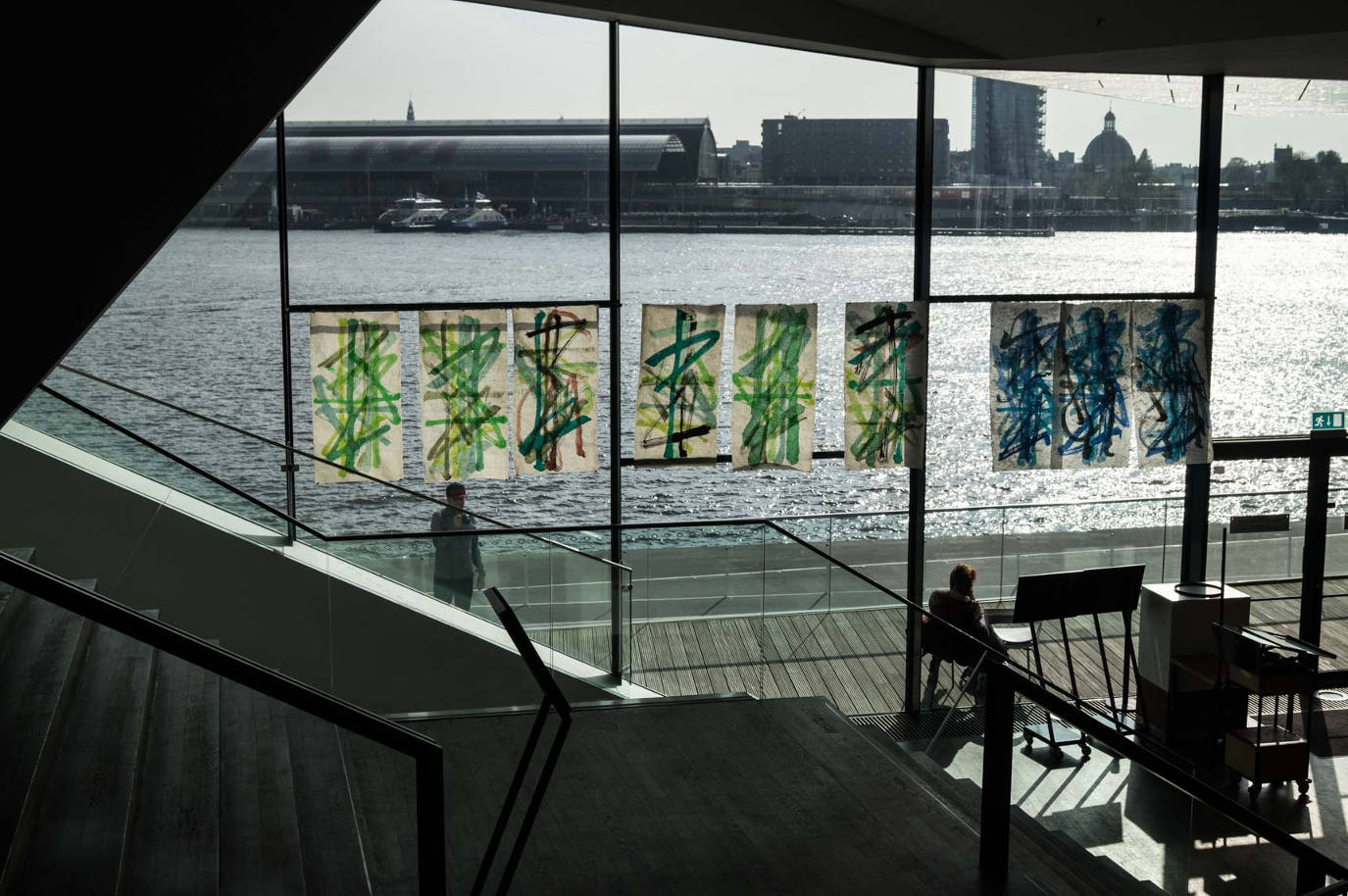 Tashi Norbu, a contemporary Tibetan artist, will perform a live painting session during the festival. Combining his background – Tibet and Buddhism – with influences from Western icons, Tashi enchanted audiences worldwide. 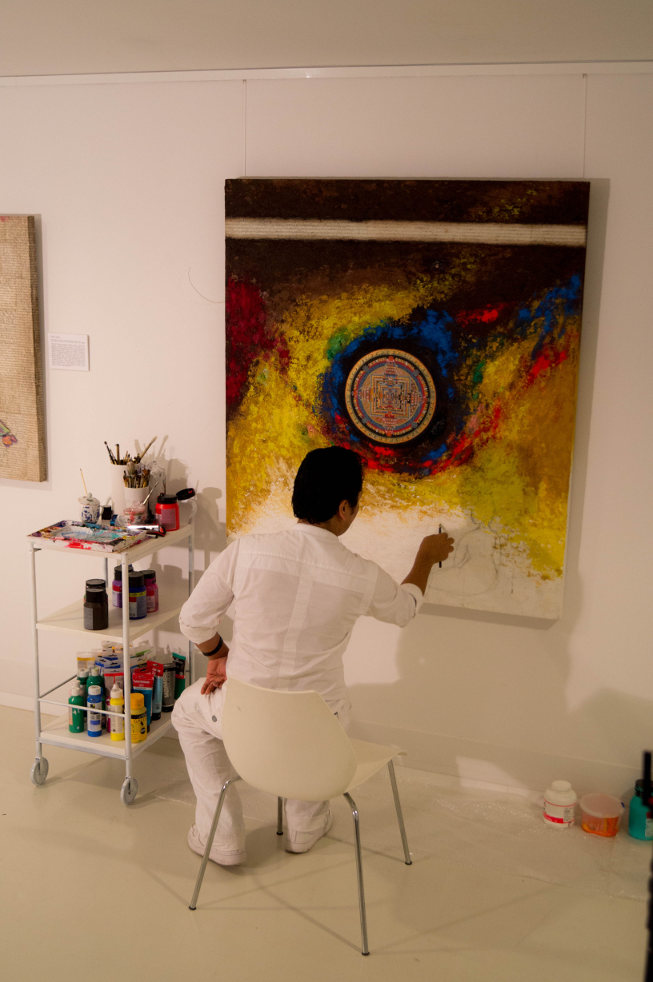 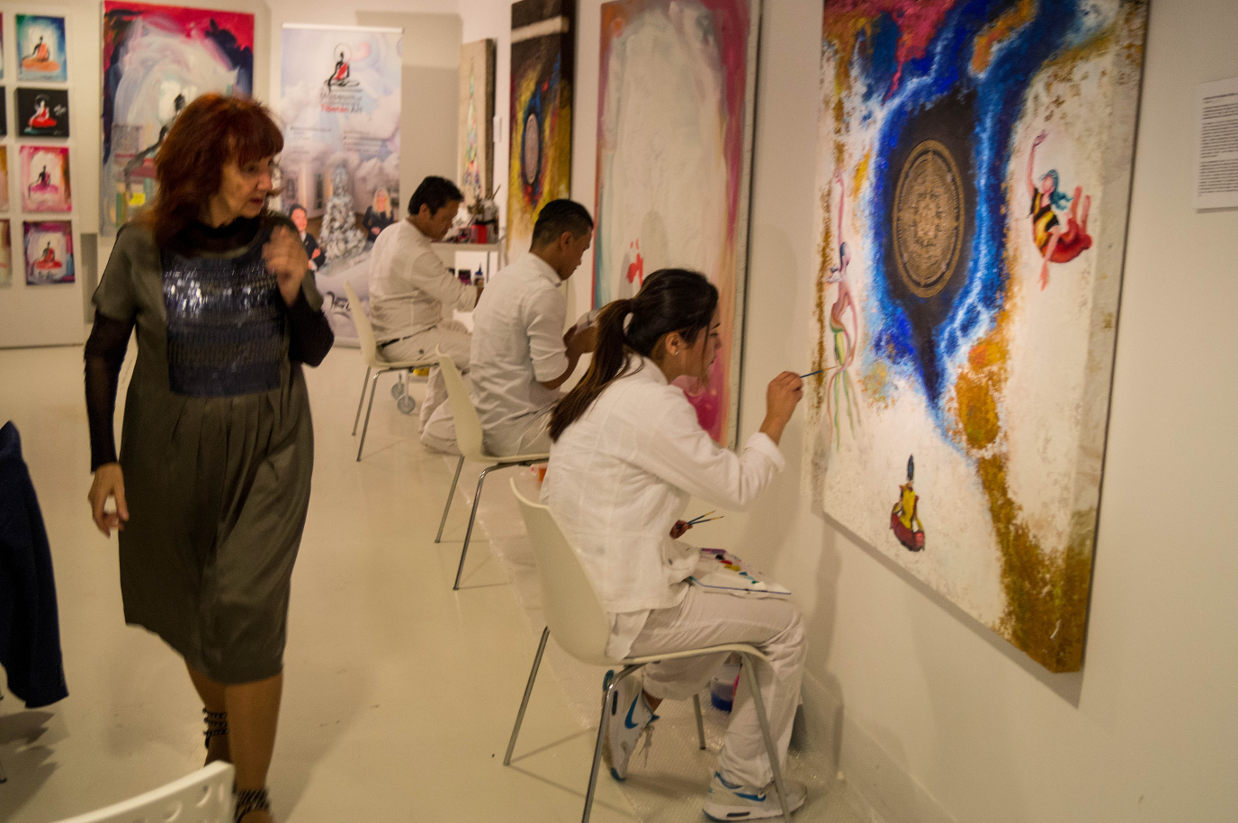 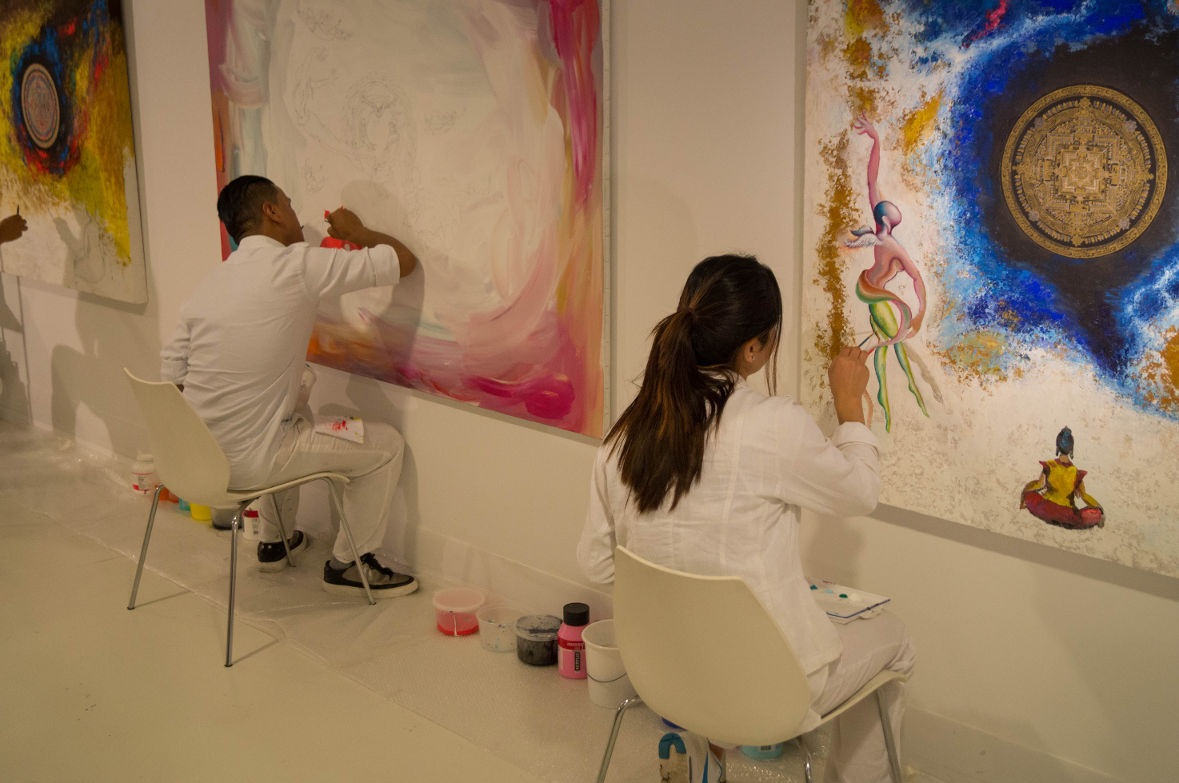 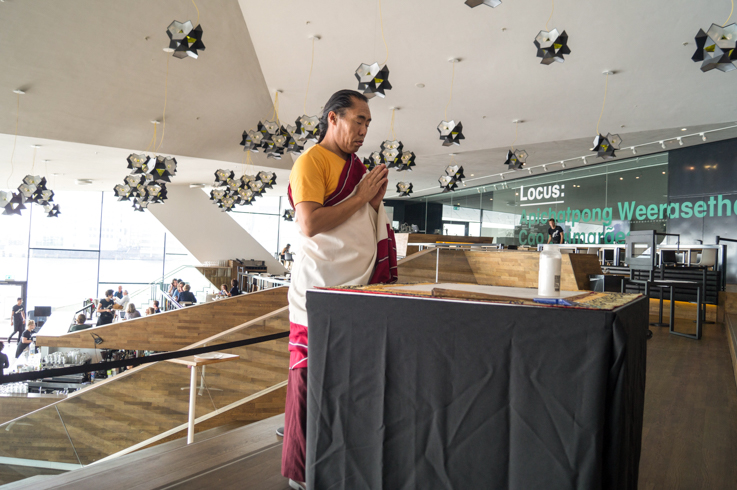 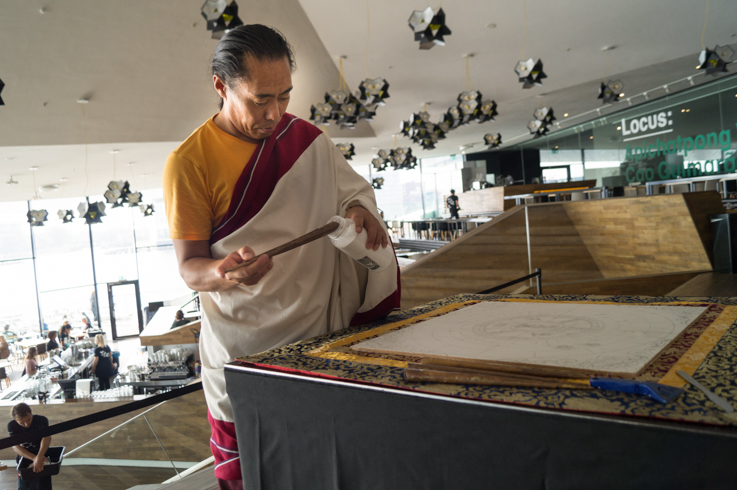 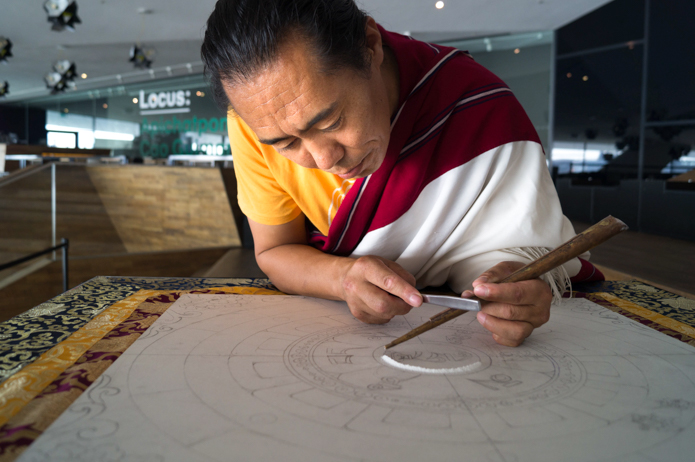 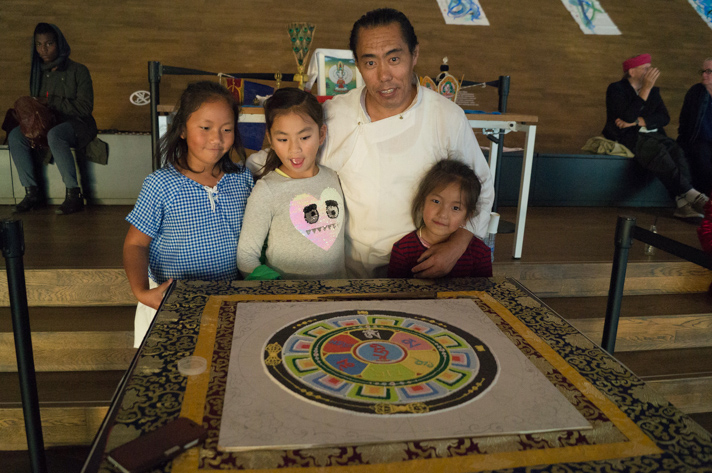 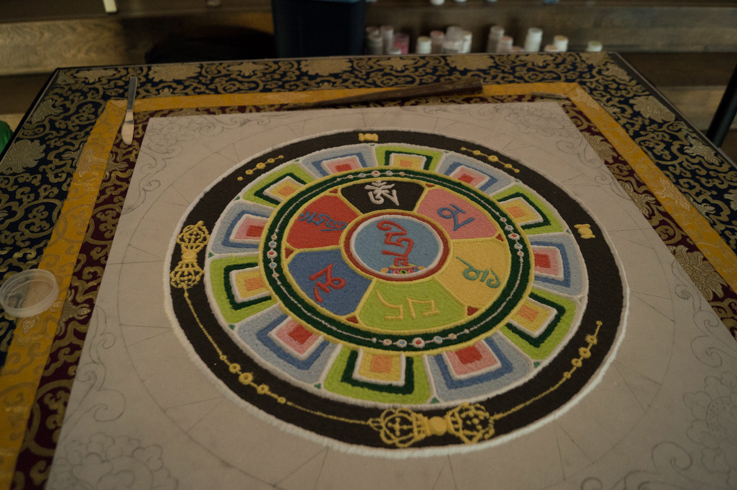 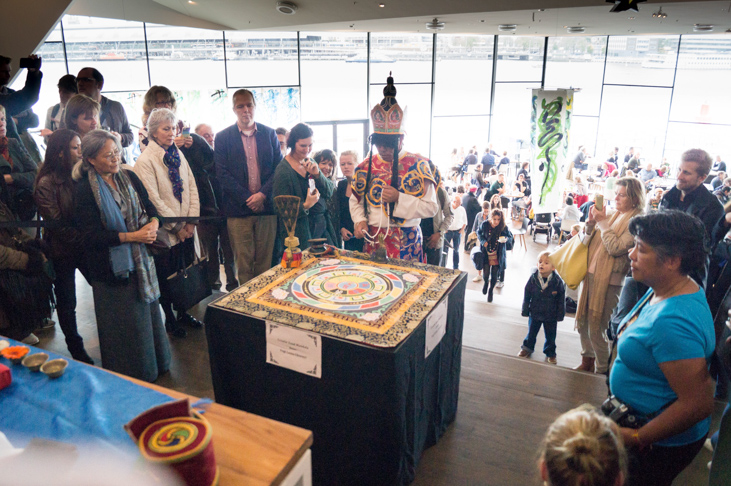 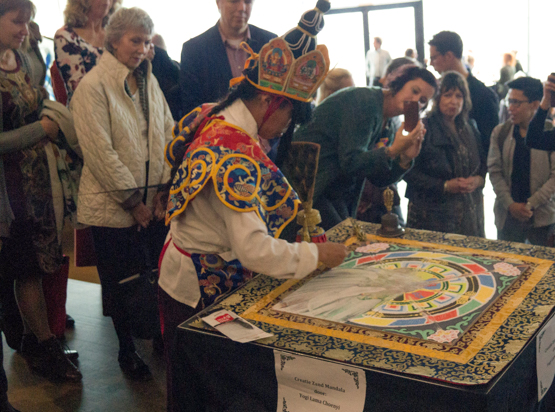 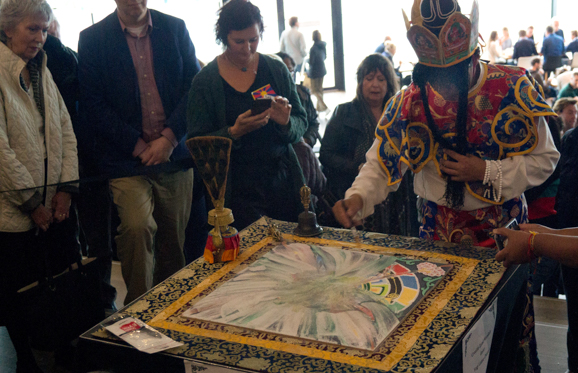 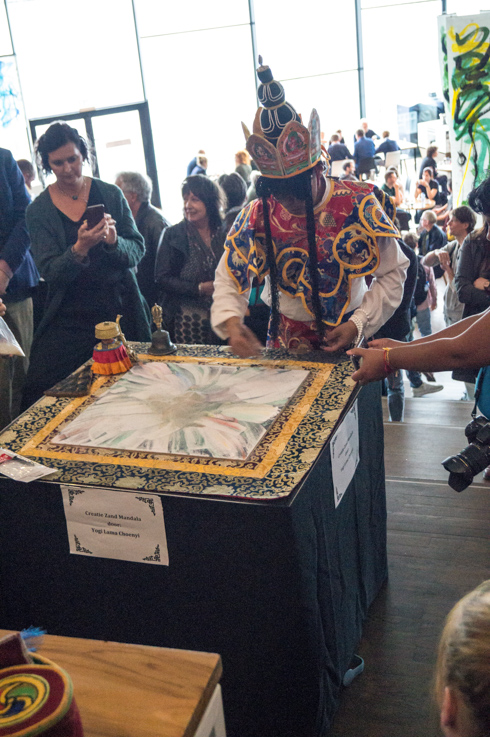