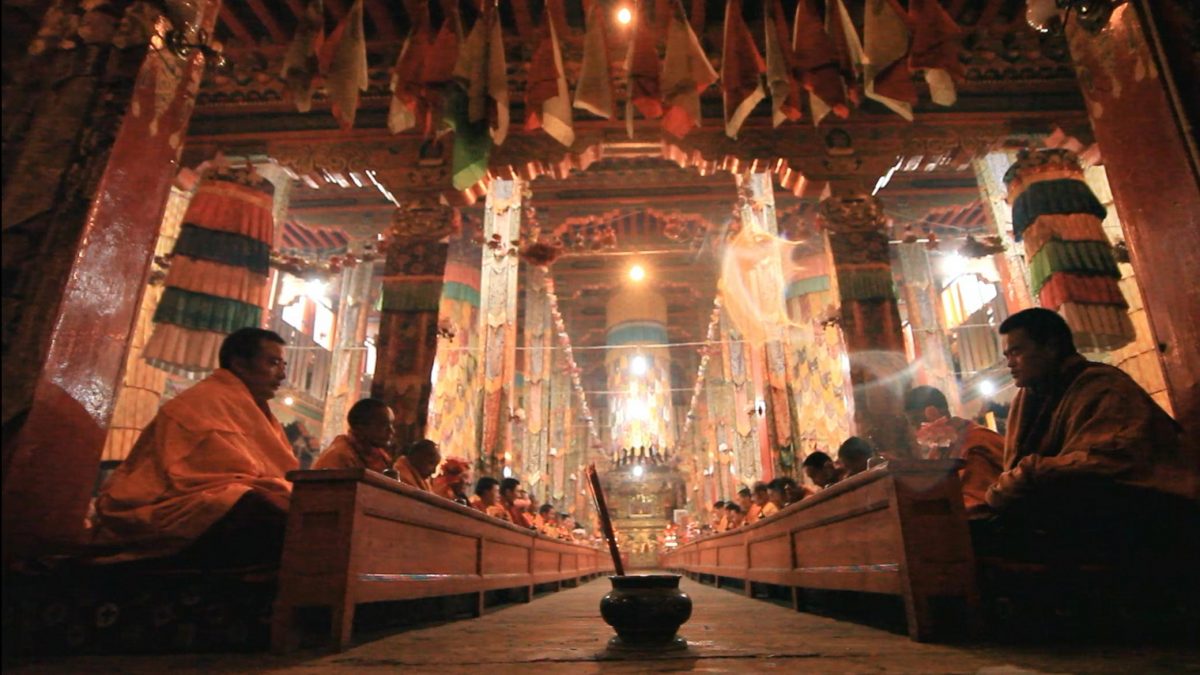 The Great Transmission traces Tibetan Buddhist literature’s epic journey through history and closes with a pressing inquiry into whether the vibrant culture can survive. Throughout the film, viewers are brought to realize the difficulties of preserving great cultural knowledge and the heroic efforts that have been exerted for this cause.

The film concentrates on the role Tibet has played in this transmission and highlights two key moments to focus the inquiry: the Sanskrit-Tibetan translation project initiated by the founders of Tibetan Buddhism in the 8th century CE, and the US-India based efforts of Tarthang Tulku, a lama who fled Tibet in 1959 due to the communist invasion, to help restore Tibetan Buddhism’s vast literary heritage. Ultimately, the hero of this film is sacred knowledge itself, as it makes a journey from the ancient past into our era and beyond.