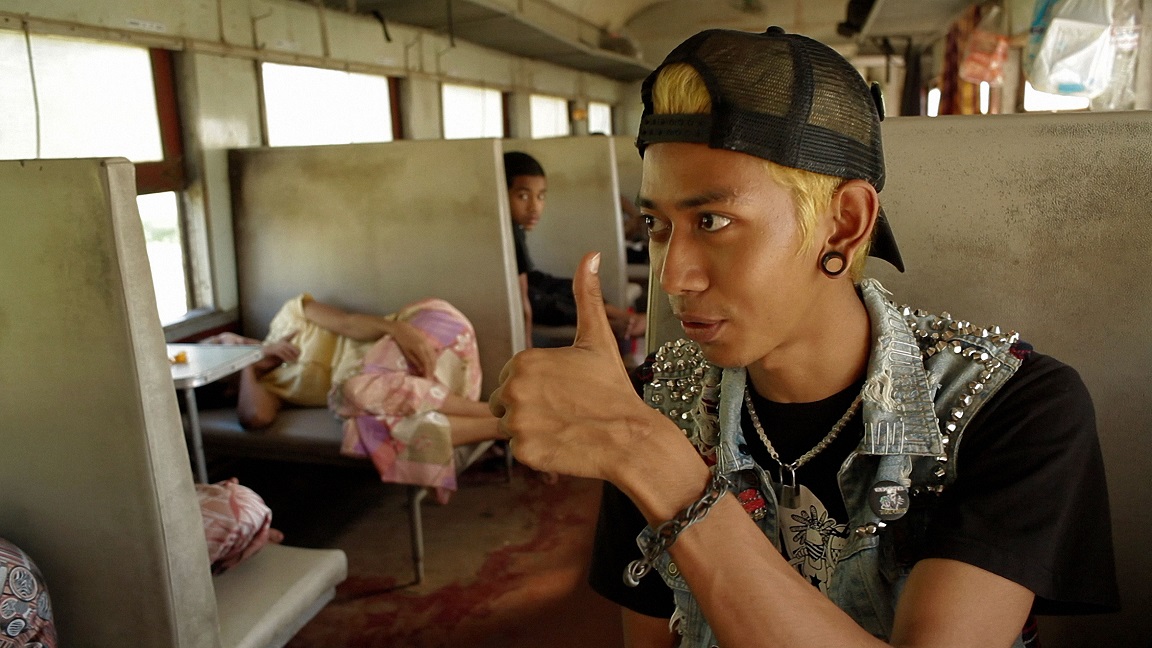 Kyaw Kyaw, a 25-year-old Burmese punk, pursues a dream of seeing the punk scene take off in Myanmar. The former military dictatorship has carried out a few democratic reforms, but he remains skeptical. In his opinion, the country hasn’t changed, yet. Along with the members of his punk band, he tries to raise awareness of persistent violations of human rights amongst his people. By way of his music and the demonstrations in the streets, he criticizes the ongoing civil war and the persecution of ethnic minorities. He travels across the country to promote his philosophy among the young generation ­a symbiosis of Buddhism and punk that rejects religious and political doctrine.