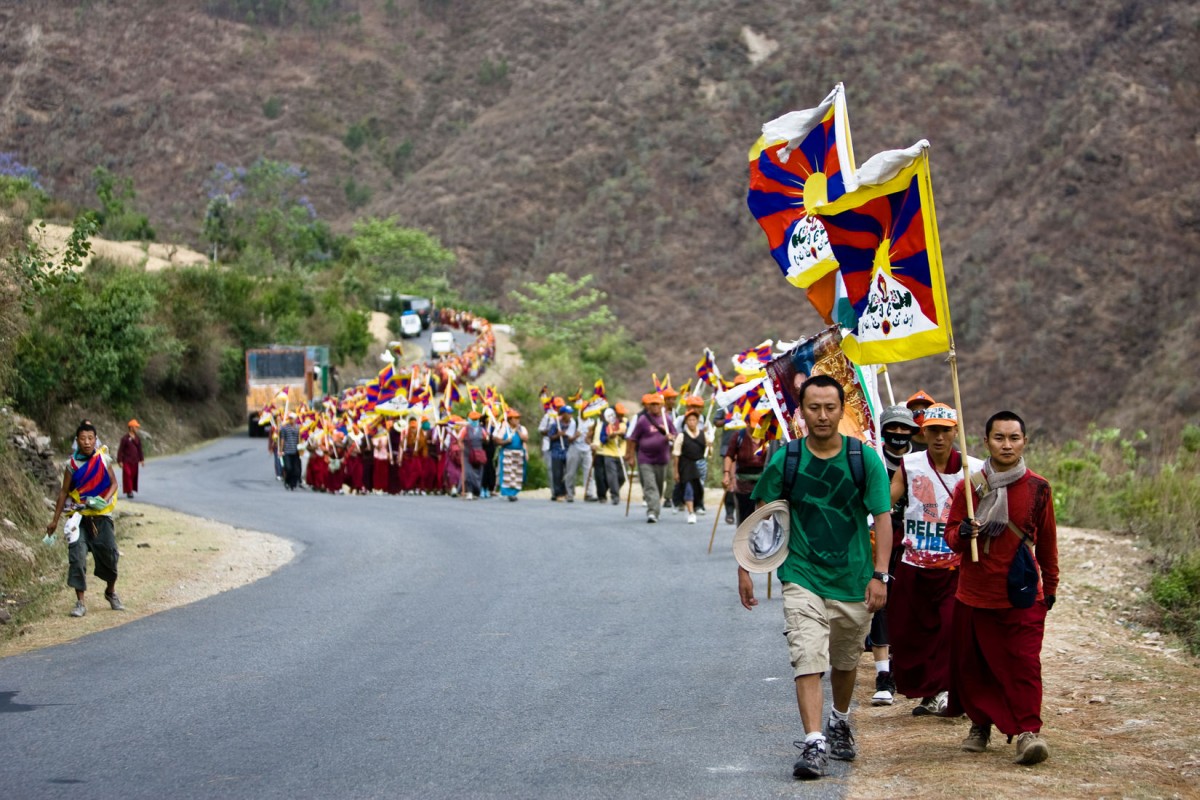 Tibet, March 2008: the biggest uprising since China took control in 1959, sweeps through the country. Meanwhile, Tibetans in exile march on their homeland, determined to support their countrymen. This is a year of dramatic possibilities for Tibet. For more than twenty years, the Dalai Lama, Tibet’s spiritual and political leader, has pursued his Middle Way Approach: giving up the goal of Tibet’s independence in return for genuine autonomy. But China has consistently rejected his proposal. Now, more and more Tibetans are questioning his strategy. Can the Dalai Lama’s path of peace and compromise find a solution for Tibet? Or will the voices calling for independence prevail? Tibetan filmmaker Tenzing Sonam, and his partner Ritu Sarin, take a uniquely Tibetan perspective on the trials and tribulations of the Dalai Lama and his people as they continue their struggle for freedom. The filmmakers had intimate access to the Dalai Lama over the course of an eventful year, which included the 2008 protests, the Beijing Olympics, and the breakdown in talks between the Dalai Lama and the Chinese government.