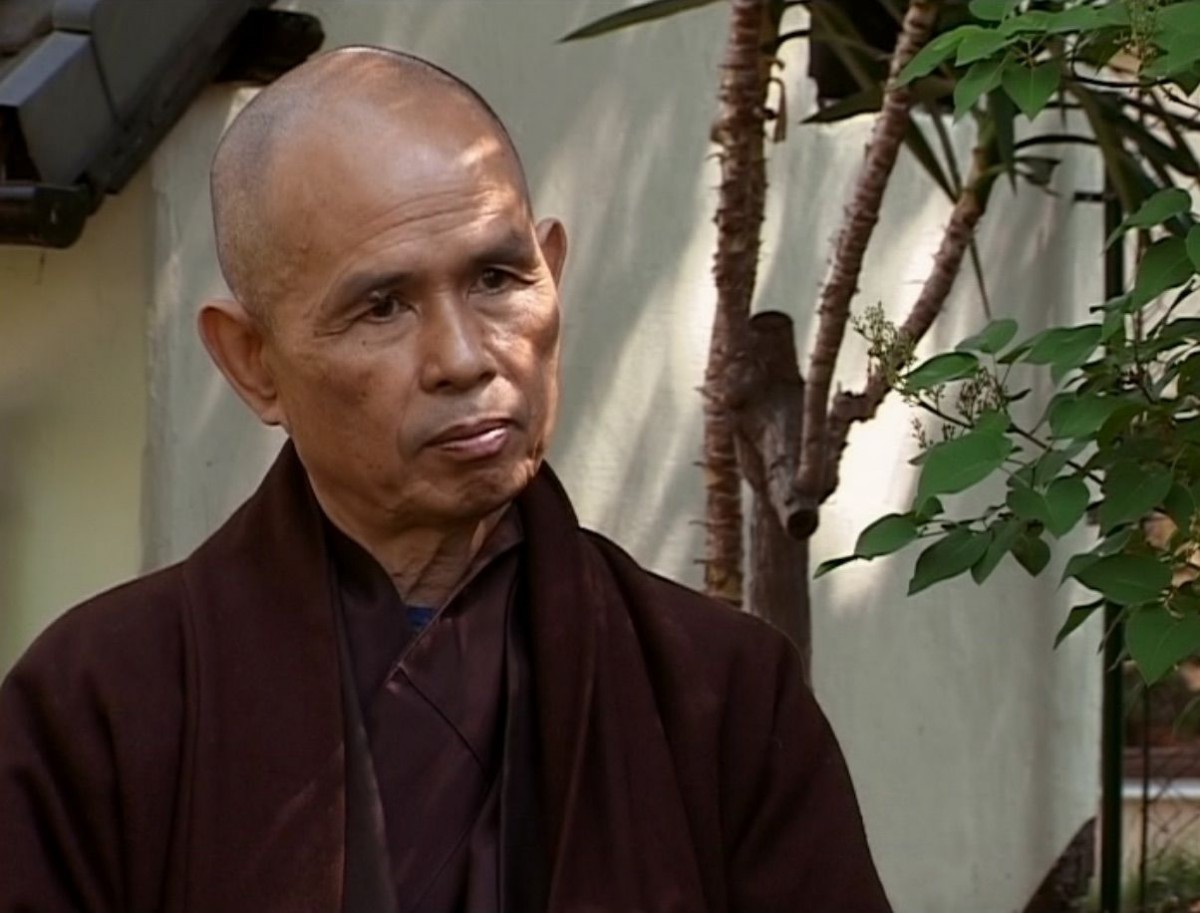 Thich Nhat Hanh was born in Vietnam in 1926 and became a monk, Zen teacher and writer. As a peace activist he organized a nonviolent resistance movement after the outbreak of the Vietnam war. During ‘memorial day’ of 9-11 in Washington DC he is teaching ‘Mindful living’ to members of Congress on site. His aspiration is to convey his peace message in the centre of worldpower as effectively as possible. Every year thousands of people join the meditation retreats that are being guided by him. Likewise he works with groups of Palestinians and Israelis in his home base in Southern France, Plum Village. Gruesome experiences are being exchanged here and discussed together for the very first time in the hope that empathy and recognition of the other’s suffering will come about. Thich Nhat Hanh learnt what it means to live in dire, life threatening conditions during the Vietnam war as well as later in exile. His modesty, his intense social involvement and the fact that he lives what he preaches make him well-loved. He knows how to convey the essence of the Buddhist teachings in simple terms, connecting them directly to the practice of daily life.