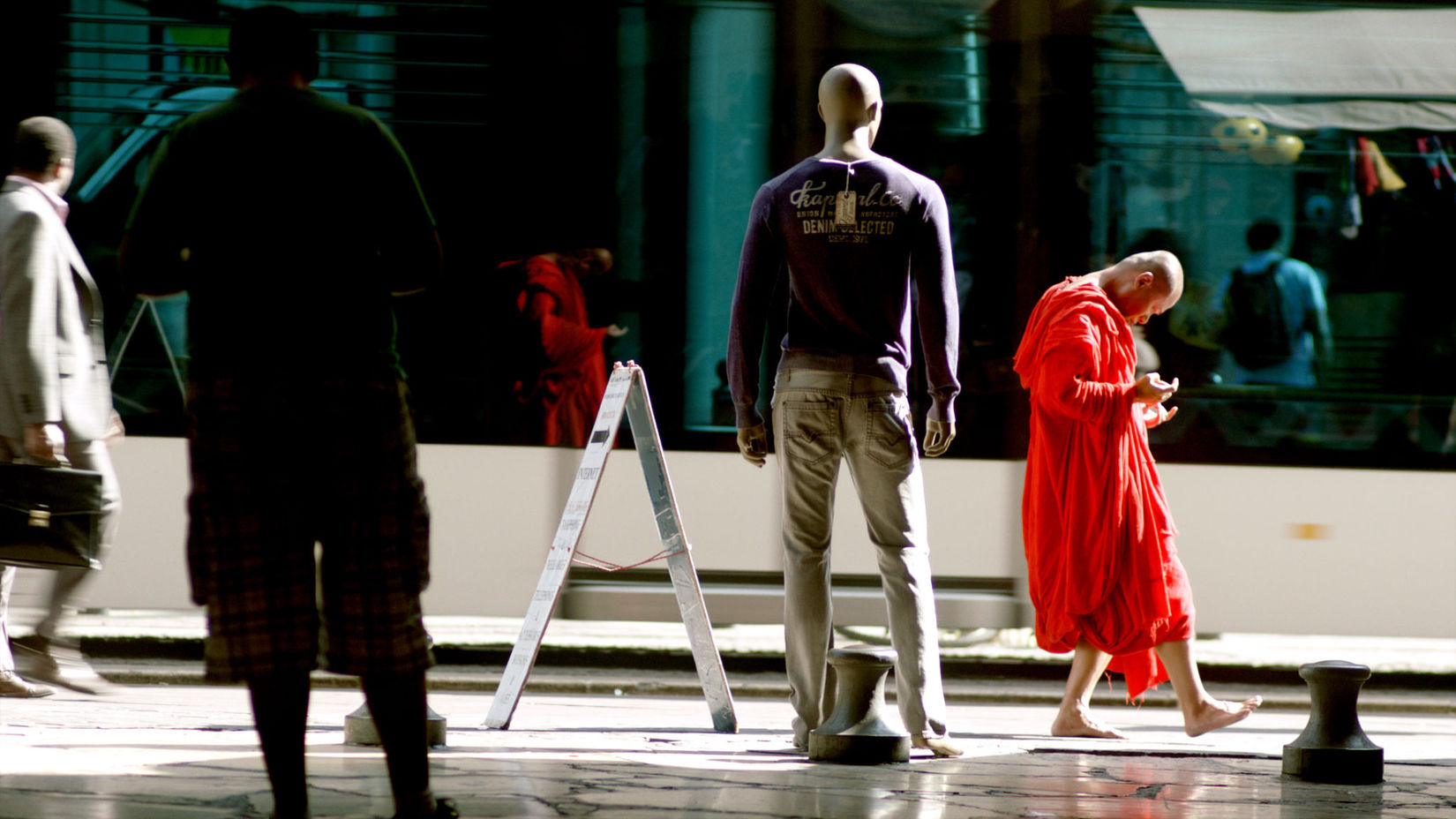 Screening with The Red Door

A Buddhist monk walks barefoot and incredibly slowly through Marseille – so slowly, that his progress is barely perceptible. Around him life in the city goes on… The film is inspired by the life of Buddhist monk Xuan Zang, a . This monk, a traveller, translator and student is an unknown figure of traditional China. Xuan Zang, Born in 602, Xuan Zang entered the monastery at the age of thirteen. He later journeyed for 19 years through China and India in search of the sacred Buddhist scriptures. Nine centuries after his death, his travels were the inspiration for classic work Journey To The West written by Wu Cheng’en, written during the Ming Dynasty. Conveyed exquisitely in just 14 beautiful shots, Journey to the West brings the legendary pilgrimage into the modern world and asks us to take time to look, and proposes that true enlightenment awaits those who endure.