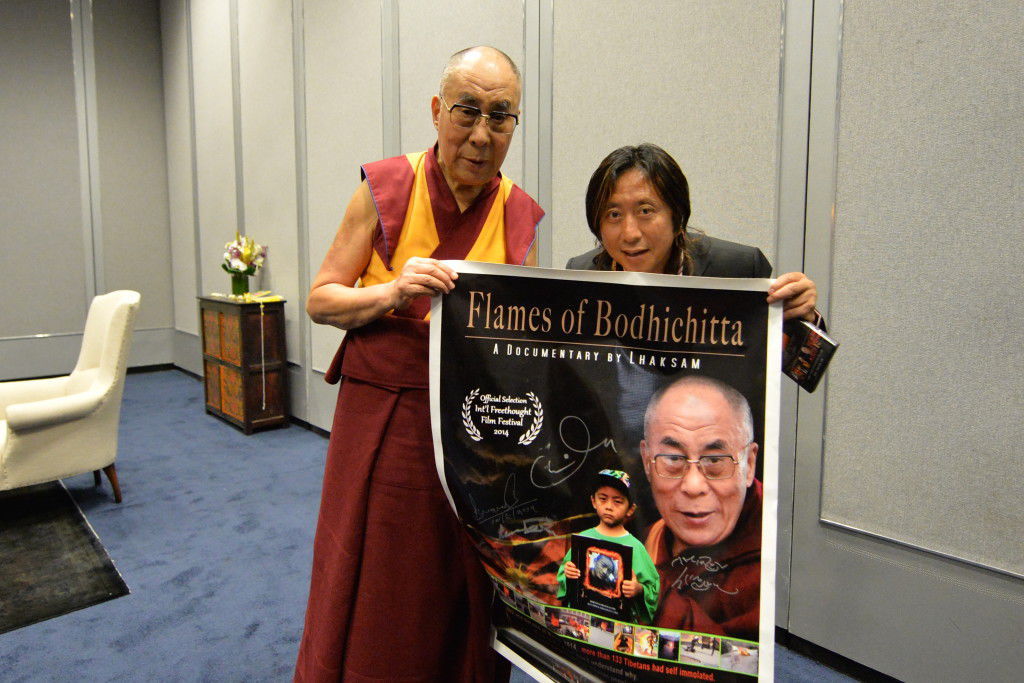 73 min
U.S.A. 2014
English and Tibetan with English subtitles
Introduction and Q&A with the director

Between 2009 and the end of March 2014, 133 Tibetans have self immolated. Many people worldwide don’t understand why. This film attempts to bridge this gap and make it possible to understand the inconceivable act of choosing to set oneself on fire and die for what one believes in. The Chinese Communist party taught the Tibetan people that there cannot be two suns in the same sky, it either has to be the Chinese Communist party or Tibetan Buddhism. The Tibetans who self-immolated agree. For those living on the plateau there CAN only be one sun in the Tibetan sky and that is His Holiness the Dalai Lama and the values and culture which he embodies. This moving and shocking film contains very disturbing scenes.